With the current high demand in the traditional housing market, and the associated challenges, it might just be wise to consider the other options out there. One of these trending alternatives is the barndominium. This type of home may even be less expensive as an option especially when comparing the construction of a traditional house. The cost of construction of the traditional house may be quite prohibitive. As a contemporary living space, the barndominium is a great place to live for someone who wants a house with some added flexibility in the living space.

What is a Barndominium?

This is a barn or barn-like structure that has been converted into a residential space. Therefore it takes the most desirable characteristics of the traditional barn and that of contemporary living spaces. Barn + Condominium = Barndominium. Here is an excellent use of creativity to make one space into something that you can appreciate as your residence.

The barndominium is built from a new or even a previously existing metal barn. There is no major requirement of wood framing nor other complicated structural elements like those found in the traditional home. The barndominium or barndos is built with the use of a post frame structure, adding to ease of construction.

The answer to this lies in the personal taste and any added features made by the owner. Along with this when we consider the building cost, generally the Barndominium is on average cheaper than a traditionally built house. A traditional home may cost between $115 – $150 per square foot to build. On the other hand a barndominium can cost between $70 and $100 per square foot. The cost is also kept reasonable as well, because of the barndo kits.

Simply ask your expert contractor about the barndominium kit which can also include the exterior walls and even the roof, all predone and delivered to your site to be erected. This can also save you some time as compared to building the traditional house.

What Are The Key Differences

Let us first take a broad look at the traditional house and how it is constructed. Along with the amount and the type of building materials being used, the cost must also include that of labor. The impact and amount of hours will add up particularly when you have to also consider weather and also sick days just to name a few.

Once the area is debushed and cleared, work can commence. The foundation is laid, and if there is a need for a basement then there will be more extensive digging and framing to occur.

Traditional House –  This involves the setup and erecting of the skeleton of the house. Here is included the floor and the roof as well as the wall system. There may be wooden beams set up to outline the walls and the hallways and doorways.

Barndominium – The barndo also needs a frame to support the walls and ceiling, but this is made of steel. This frame is erected more so to support the steel of the barndominium rather than to layout and outline features such as doors and windows.

Traditional House – The external walls tend to be constructed on site. This can take weeks to months to complete depending on a variety of conditions. Factors such as weather will impact the speed at which the outer walls can go up, since it is all done on site. Along with this the dependence on man power and workers on site over the months can influence as well. It may take as long as one month just to frame a 3,000 square foot wooden house.

Barndominium – This structure goes up in a relatively short space of time.  Some expert contractors have even gotten the exterior up in as little time as two weeks. The shell of the barndominium goes up quickly. This means that your move in time is quicker and your labor is less.

Traditional House – These homes need to have their roofs fully in place first, before any essential interior work can commence. Work such as electricity, fixture installation and so on will be on pause.

Barndominium – The barndos have their roof and ceilings installed with their walls. Therefore the interior features can be installed so much sooner.

On the surface, the use of steel may appear a bit more expensive as a building material. However if you order up your barndominium from an expert manufacturer it can actually make for much more affordability. This is also seen when you compare having wood custom ordered, and cut, and also installed as in a traditional home. Steel is also a recyclable material. The manufacturer in a steel barndominium can offer you a more affordable price. 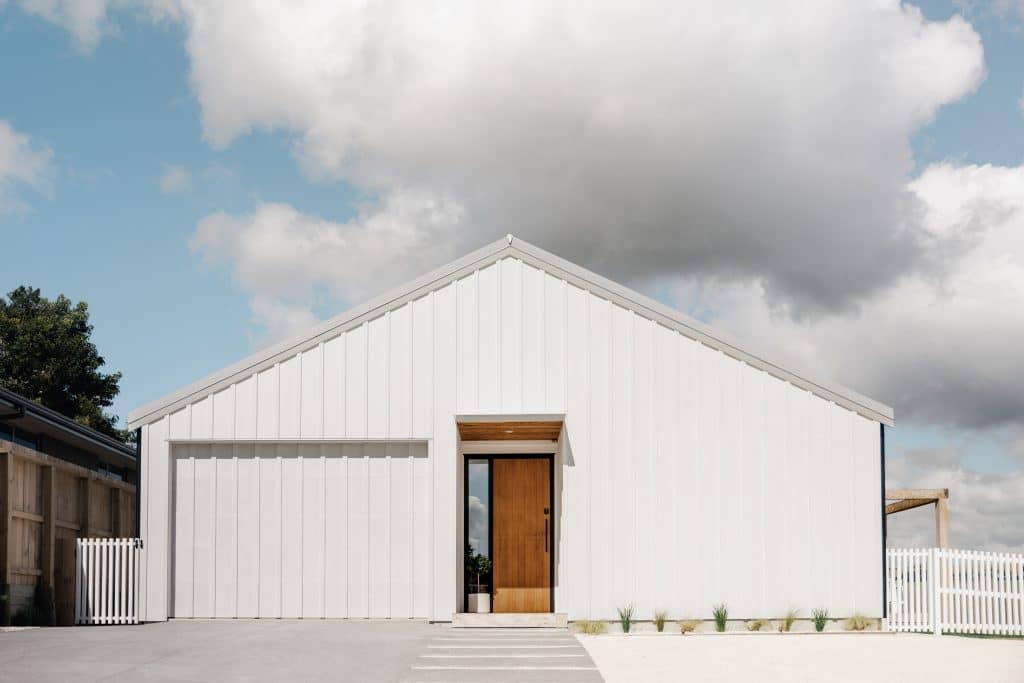